My fiancé, Ryan, and I are planning a wedding in Healdsburg, California, in the heart of wine country. Like so many couples, we’re learning that planning a wedding means lots of shopping. Whether it’s paper for invitations or ties for your groomsmen, spending becomes second nature. So, as a bride with a budget she’d like to stick to, I’m obsessed with getting the best deals when I can. Thankfully, Rakuten helped me save on so many wedding essentials, such as invitations, decor, attire — even our honeymoon. In this series of posts, you’ll get a chance to see exactly how much I was able to save and how.

All in all, our goal was to indulge our inner honeymooners without blowing up our budget. WeddingWire’s 2016 Newlywed Survey showed that couples spent an average of $4,000 on their honeymoons last year, and I can only imagine those numbers going up — as most wedding-related things seem to do.

I’m happy to report we were able to save more than $500 on our honeymoon. Here’s how we did it.

Ryan and I were determined to spend two weeks exploring Croatia for our honeymoon, with its crystal-clear coastal waters, rolling inland hills and ancient ruins.

We started by booking mid-week flights, which saved us significantly right off the bat. But the best savings we discovered when booking our flights together with the first two nights at our destination. We booked two round-trip flights from San Francisco to Dubrovnik, plus two nights at a hotel, through Expedia, saving a total of $300.

Total saved on flights to Croatia: $300

Dubrovnik was the first stop of our honeymoon. We were prepared for some culture, sightseeing, nightlife and “Game of Thrones” geek-outs (Dubrovnik is the scene of the show’s famed King’s Landing). We decided to find honeymoon packages that would allow us to stay for three nights: one night to get our bearings after a long flight, and two full days to check out the town.

In Dubrovnik, we found a quaint, charming apartment-style hotel, Apartments Le Petit Nono. The accommodations were close to the old town harbor, which meant most of the sightseeing would be within walking distance. Because we booked through Hotels.com, we were able to score a special per-night rate, saving us $42. We also saved with a $5 off coupon and a $20 rebate at the time of booking, plus our 6% Cash Back at Rakuten. Yay! Split was our next honeymoon destination. Less than 150 miles from Dubrovnik, Split is known for its ancient and modern lifestyles combined in one picturesque destination. We wanted to fit in a little more ancient sightseeing while we were in this once-Roman-occupied region. That included touring Diocletian’s Palace, the ancient walls of Salona and the Klis Fortress (also known as Meereen in “Game of Thrones”) — and eating as much local fare as we could.

Our accommodations here were the most modest in Split. We wanted to spend most of our time out touring the city, eating the local grub and watching a few glowing sunsets. This helped us save some money, and we found some great specials by booking ahead through Expedia. We booked the aptly named Restaurant Pension Dioklecijan, and lucked out with $16 Cash Back at Rakuten. While we were in Split, Ryan and I wanted to take advantage of the acclaimed Croatian cuisine and brush up on our wine knowledge before heading up to wine country. This, we decided, was all best done with hands-on learning. We got a great deal on a wine- and food-tasting tour in the heart of Split by booking ahead of time on Expedia, and we took full advantage of 10% Cash Back at Rakuten. A trip to see the Blue Caves was a necessity if we were going to come close to the Dalmatian Coast, and Split was the best jumping-off point. We were ready to shell out to see the caves, which glow a magical blue, so we were thrilled to find a great deal on Orbitz for a daylong adventure that included snorkeling. We prepaid for our full-day speedboat and snorkel tour of five Croatian islands from Split, and we were able to earn 9% Cash Back at Rakuten and save $25. Rakuten Cash Back on hotel: $16

Rakuten Cash Back on snorkel tour: $25

Among all the ancient ruins and beachfronts, I was most excited to include the peninsula of Istria in our honeymoon plans. As the wine center of Croatia, this peninsula is not just beaches and ruins (although it has those, of course). It’s full of vineyards and old port towns with an Italian flare. We decided to stay in Pula, a seaside town in the southern part of the peninsula with easy vineyard access. For a place to lay our heads, we booked a room through Expedia at City Point Rooms and More, where we got a great deal and $23 in Cash Back at Rakuten. Rakuten Cash Back on hotel: $23

Ryan and I determined that after more than a week of sightseeing, wine tasting and cobblestone-street ambling, we would be ready for a quiet, beachside retreat. That’s where we would splurge on accommodations fit for a pair of honeymooners. The island of Hvar would be perfect — devoid of mainland crowds and brimming with crystal-clear swimming holes. We pre-booked at Riva Hvar Yacht Harbour Hotel for a few days of luxury, pampering and relaxation. And, thanks to 6% Cash Back at Rakuten by booking through Hotels.com, we saved $46 on our island accommodations.

Rakuten Cash Back on hotel: $46

To sum up all these incredible deals, I saved $502 on flights, accommodations and a few pre-booked activities for our honeymoon — crazy savings on a once-in-a-lifetime trip.

Next up, I’ll share even more wedding deals, like how I was able to save big on wedding decor.

Chelsea is a freelance writer living in San Francisco, specializing in lifestyle and travel. When she can’t get on a plane herself to visit somewhere obscure (Montenegro anyone?), she’s training her sweet puppy and taking visitors to wine country with her fiancé. She loves being able to share ideas and stories proving that doing good and having fun can go hand in hand. 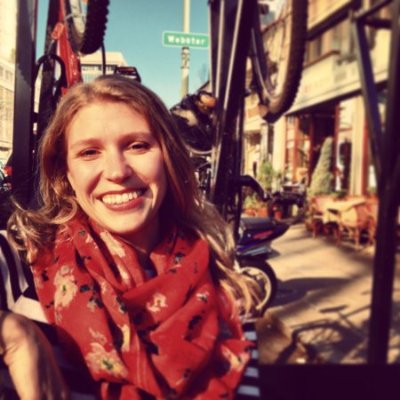 Chelsea is a freelance writer living in San Francisco, specializing in lifestyle and travel. When she can't get on a plane herself to visit somewhere obscure (Montenegro anyone?), she's training her sweet puppy and taking visitors to wine country with her fiancé. She loves being able to share ideas and stories proving that doing good and having fun can go hand in hand.